28k. +488m
No magpies
Short day because we’ve got some tough climbs on dirt tomorrow. 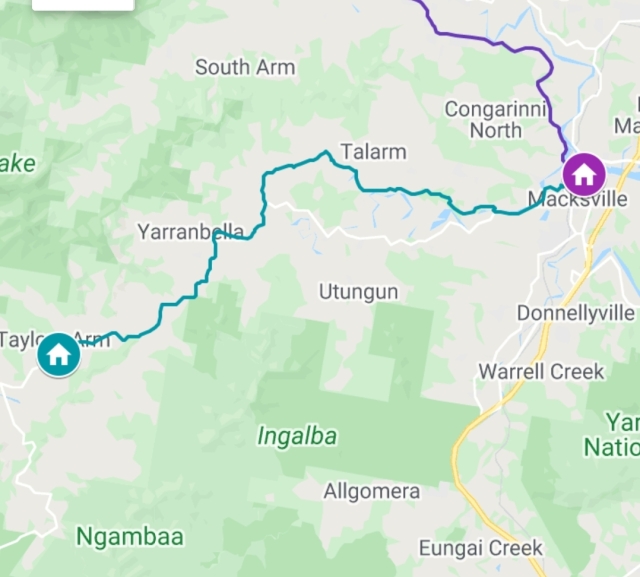 We took a bit of a back road detour a few k’s out of Macksville. Again it’s a dirt vs traffic thing. Then the chain broke just as we hit the gravel (and a climb) about 10k in. Bummer. Lucky it was a bit shady and lucky he carries the tools and bits to put a new joining link in. 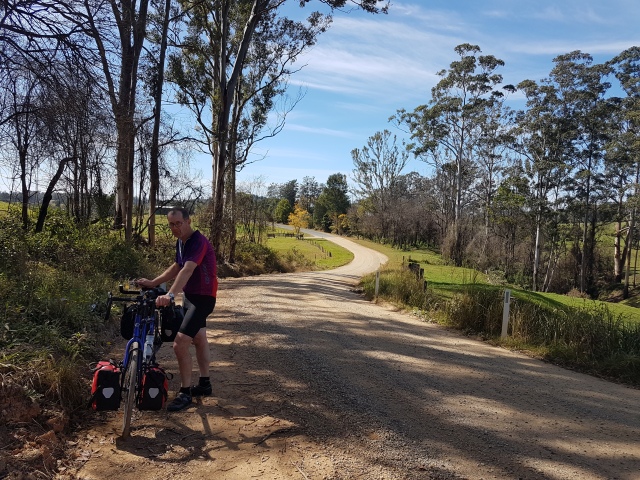 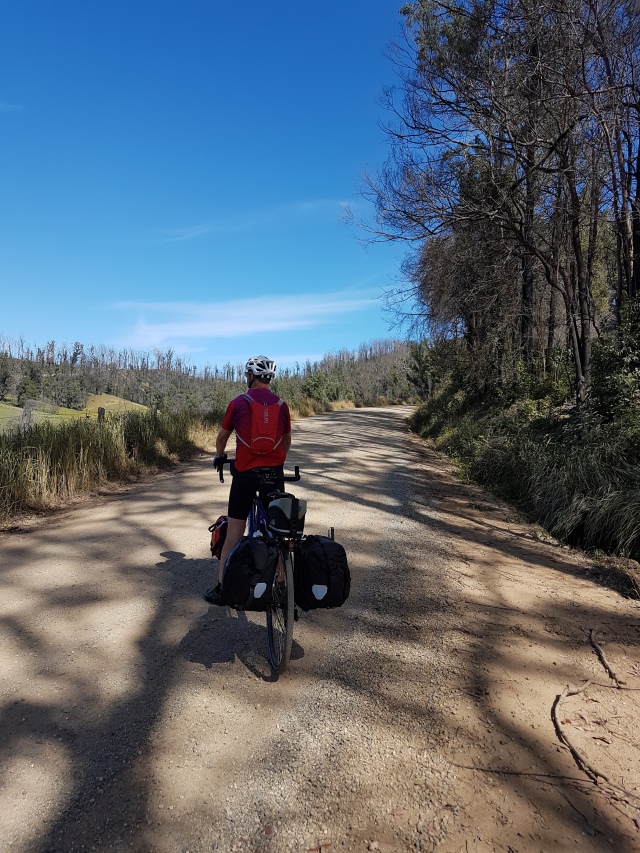 There are worse places to have a mechanical issue. Worse weather too (like what tomorrow is forecast to be 🌧️🌦️🌧️) Setting off again. We could see bits that had burnt in the fires last year. Saw one house that must have been surrounded by flames but escaped ok. Spotted some interesting local wildlife. Unsure of the species, but quite possibly a drop bear. 😁 Fortunately he didn’t see me.🎶 There’s a bear in there…. 🎶 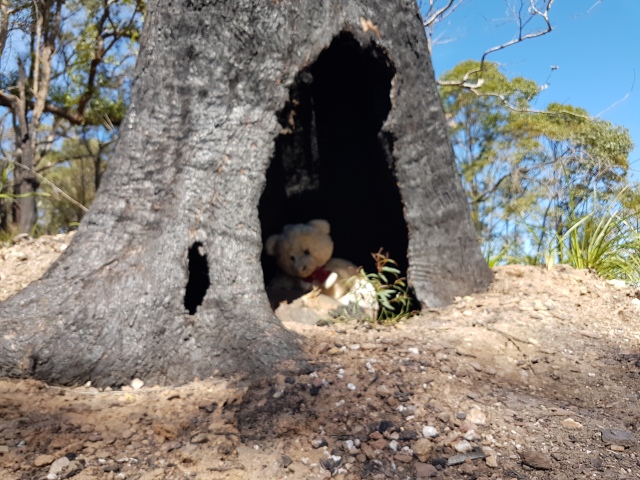 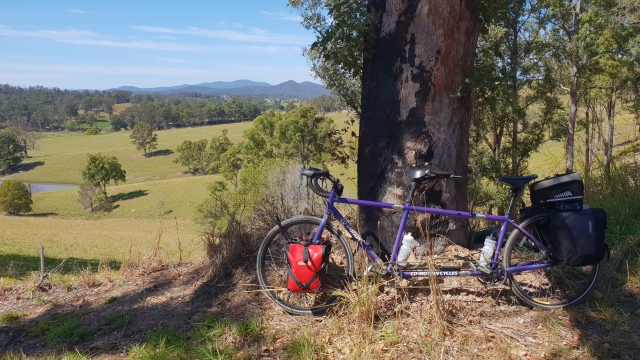 So at about the halfway mark we rejoined the main road to Taylors Arm. I had originally planned to take another north bank detour, but the call of the bitumen was too strong. Still some bastard hills but at least we could scream down the other side.Not many k’s all up, but we were happy to roll into Taylors Arm. 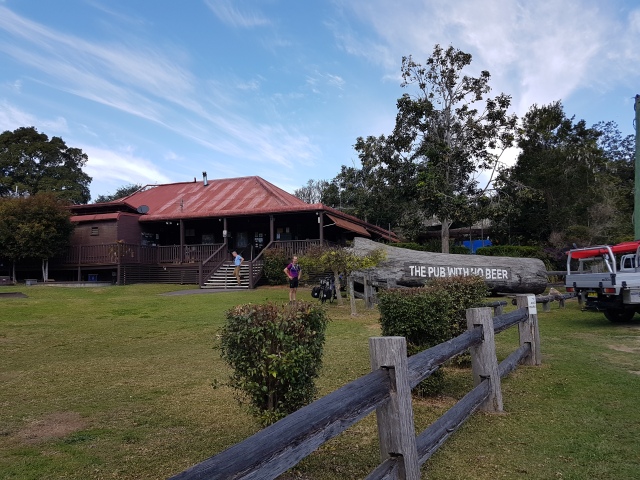 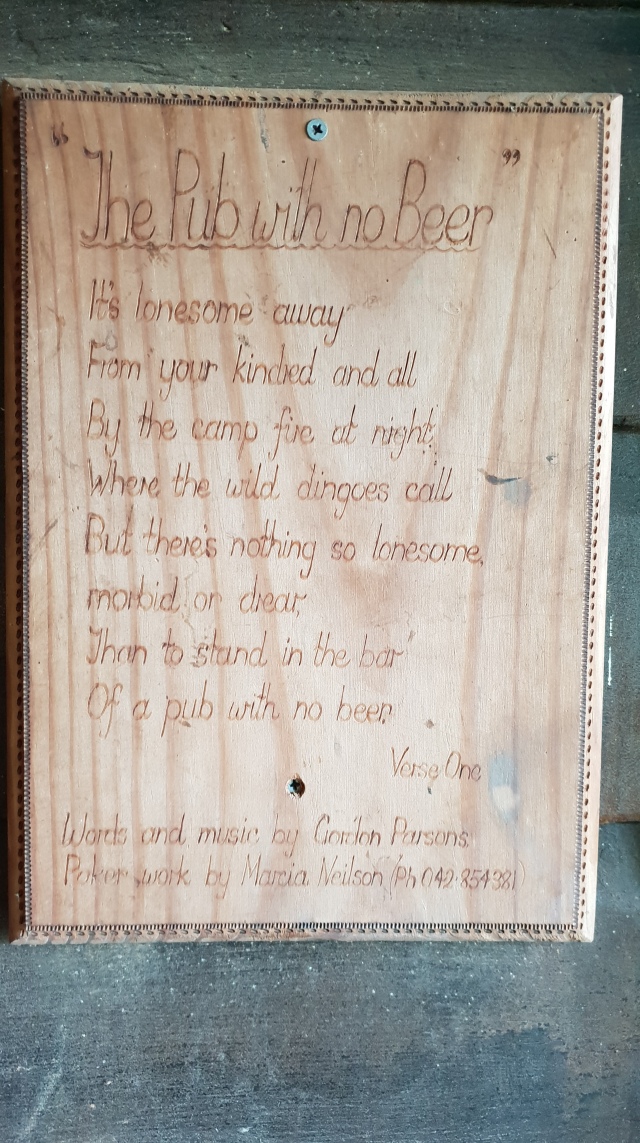 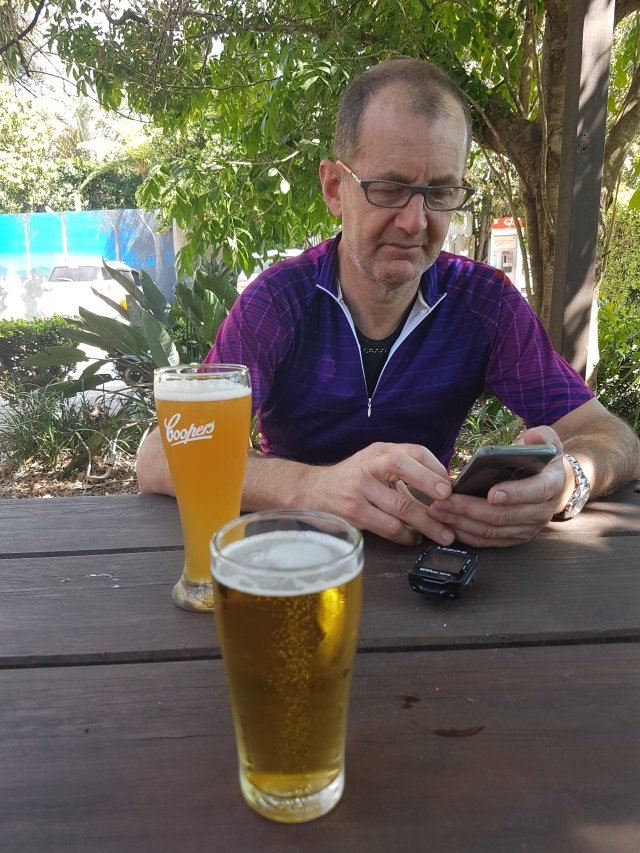 Checked into pub style accommodation, showered, and we might wander up to check out the memorabilia in the church.

* The old Talarm Church was relocated up to the Pub With No Beer in 2001, and now houses beer can memorabilia – which seems a little bit heretical but ¯\_(ツ)_/¯ 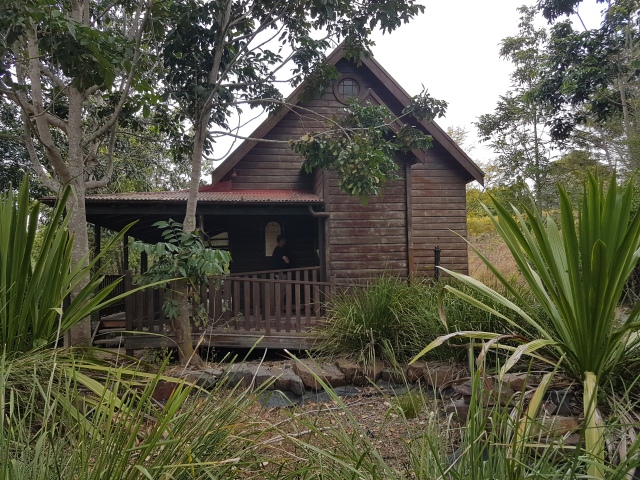 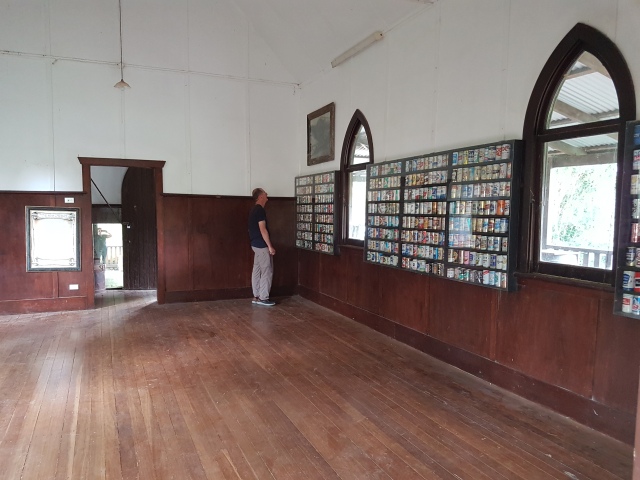 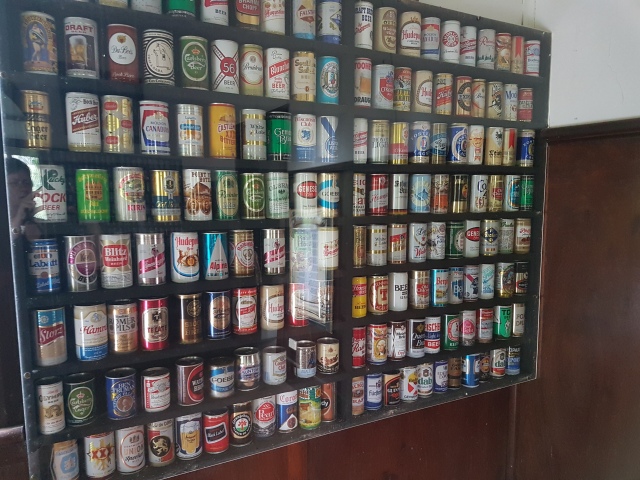 There were some interesting cans! 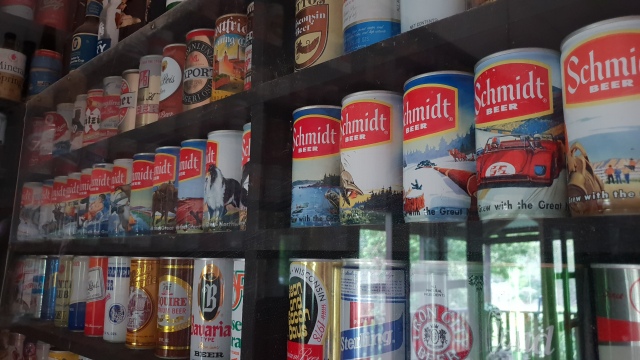 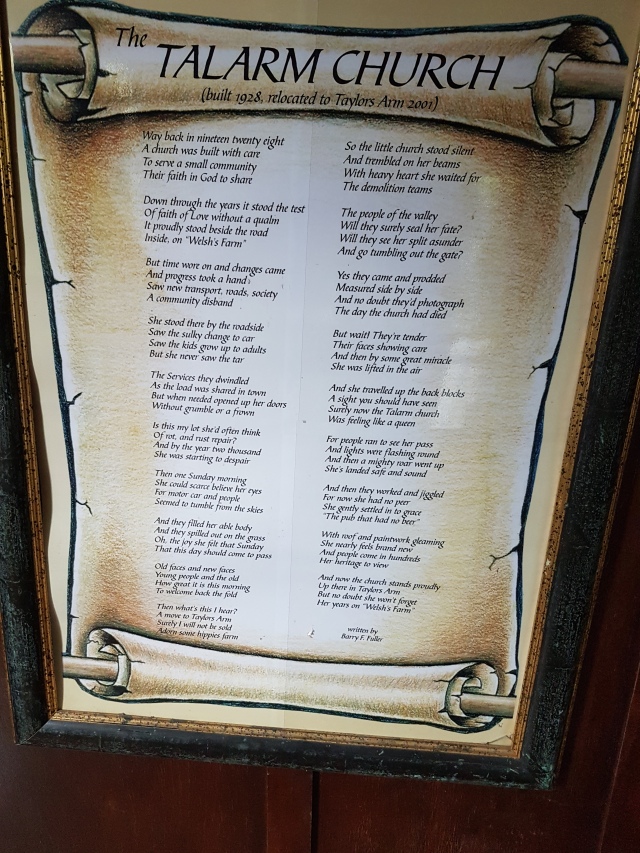 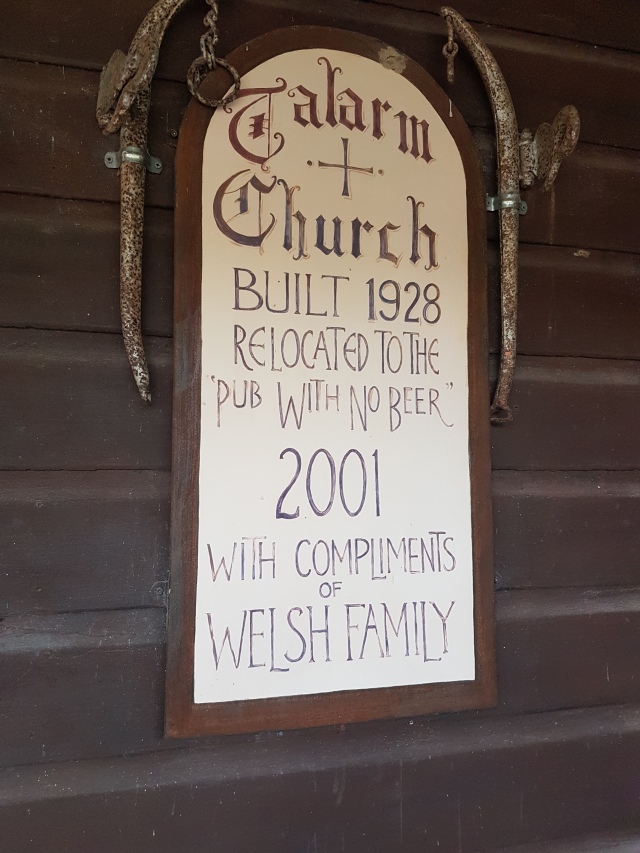