72k and another 1000m of climbing. (which clearly did not include the steep descent down Waterfall Way between Dorrigo and Bello!)

But first we fried and toasted the supplied fresh eggs and homemade bread.

A quick stop overlooking the village of Ulong. A cafe coffee would have been tempting, but we needed to get going.

A bit of dirt, and a bit of climbing. But there were hardly any cars, the surface was pretty good (and better on the Bellingen council side, just sayin’ ) , and it was really great riding. 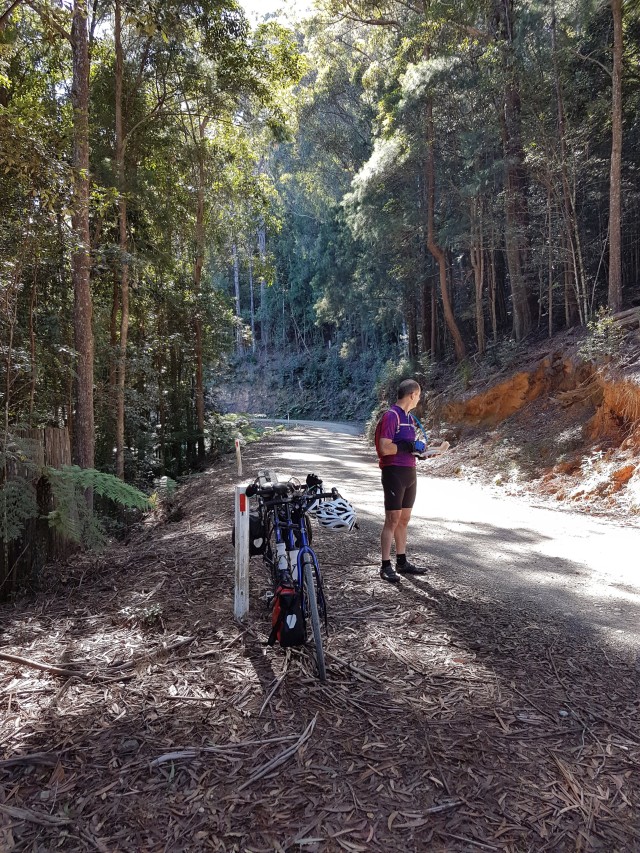 Bit of a tourist stop, and trying to get the best perspective.  Celebrating a tree that didn’t get cut down.

Probably the most ‘truthful’ perspective is that such a tree was judged for its approximate log volume.

At least they left this one.

We hit the tar again at about the 29k mark, and while the countryside was photo-worthy, we were more preoccupied with slogging up a few not-very-fun hills to get to Dorrigo.

We picked the slowest cafe in town for a hamburger and chips, but the chips were damn good, so all was forgiven I guess. 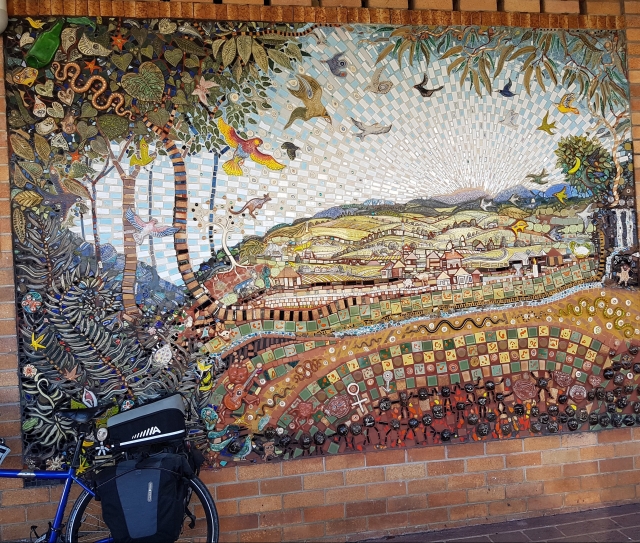 A couple of climbs out of Dorrigo, then a huuuuuge downhill. Holding on for dear life a bit too much to fully appreciate the scenery… but it’s pretty awesome. The best part was actually a traffic-light operated stop/go in one part that meant that we had big gaps with no cars, and when the next batch came we pulled aside, let them go, and had the road mostly to ourselves.

A bit more traffic the last stretch into Bello, but no dickheads, so that was good. I’d originally plotted a side road detour but we’d had enough riding for one day, and stuck to the main drag.

Spotted a licenced cafe serving beer, which is pretty much Marc’s ideal way to end a day’s ride, and I was on board with that. Cheers. (And Happy 26th birthday to our first born Cait!)

2 thoughts on “Day 2 – Lowanna to Bellingen via Dorrigo”