A bit of blue sky as we left the cabin 👍 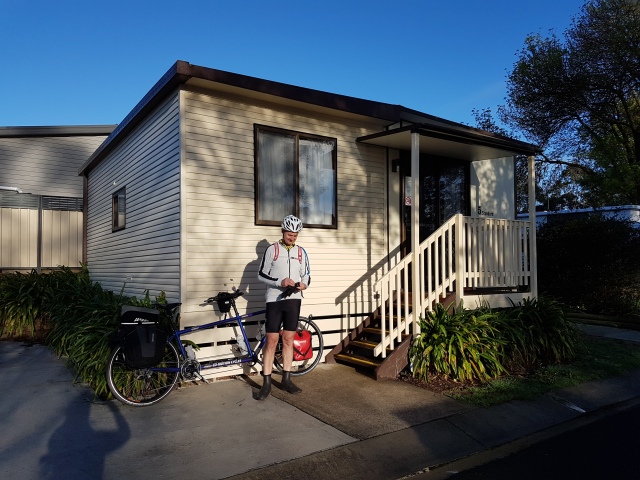 8:30 – brekkie at Ye Olde Bicycle Shoppe at Bundanoon. Clearly it was always going to be a mandatory stop. 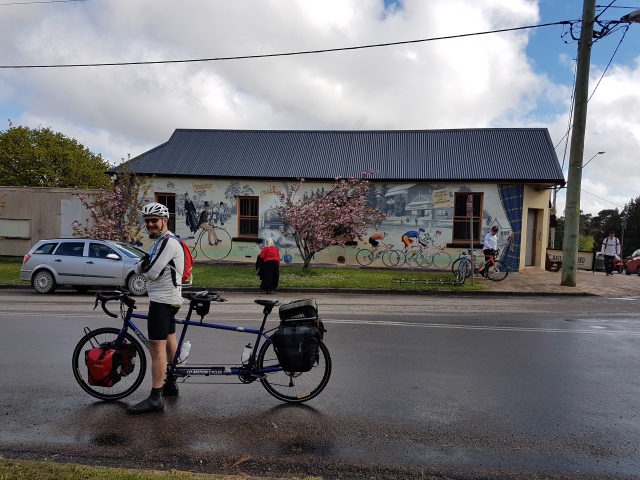 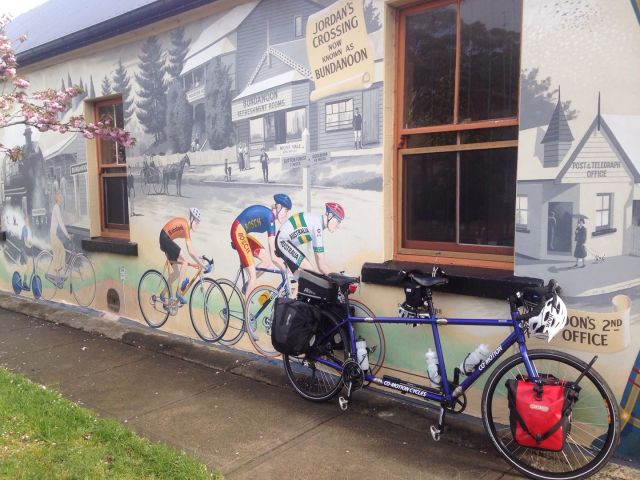 13:45 Picnic lunch at Bungonia after a take away coffee and general store stop in Marulan. 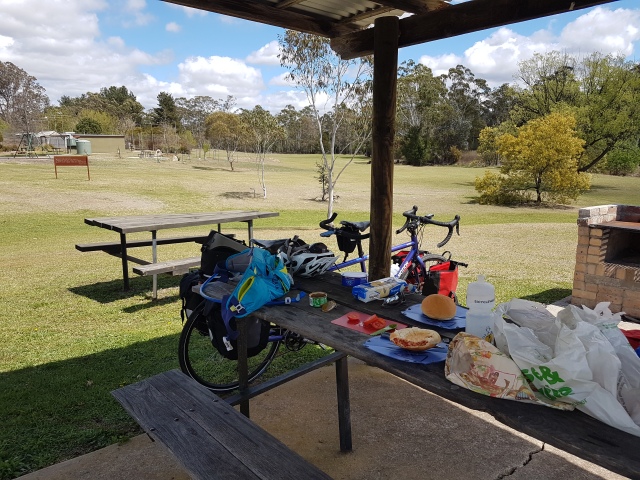 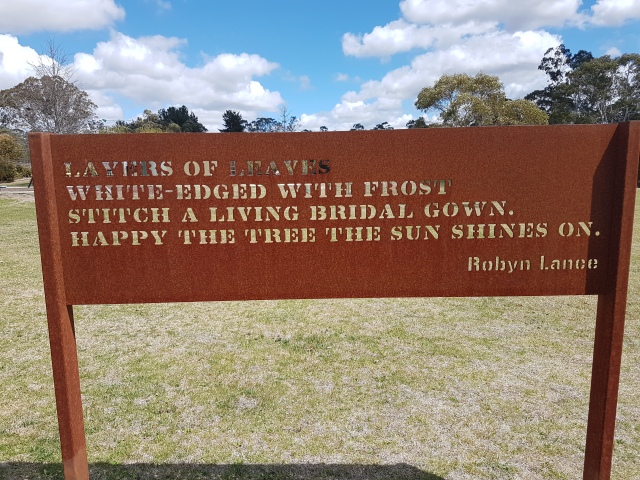 👆They’re deep and meaningful in Bungonia

The last 40k were a bit of a slog, at least 20k of dirt, probably more. But at least there was stuff all traffic. 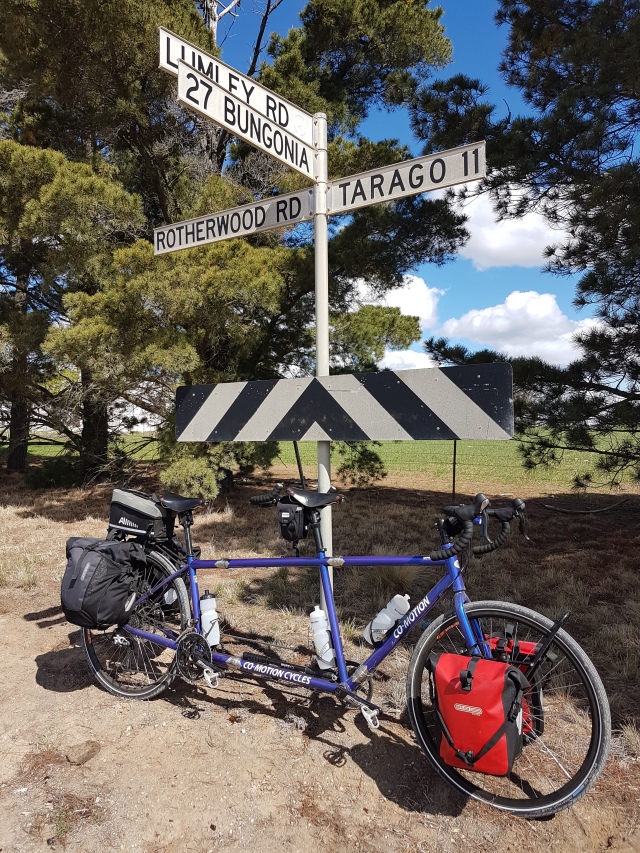 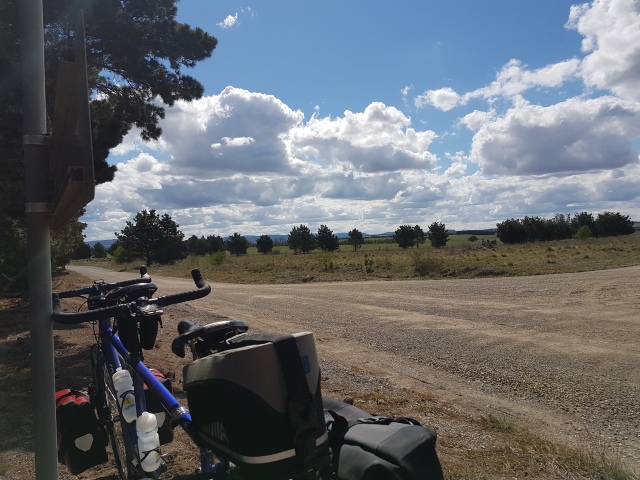 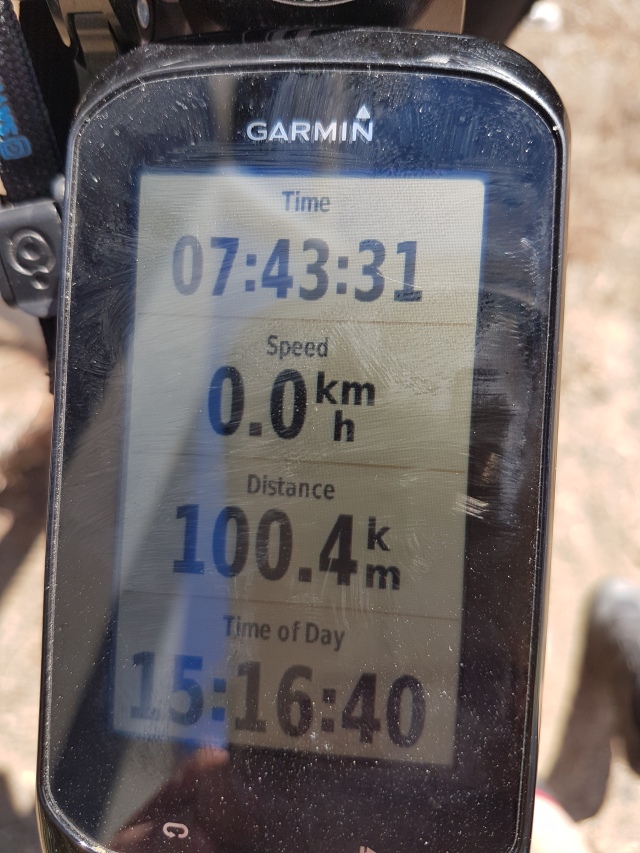 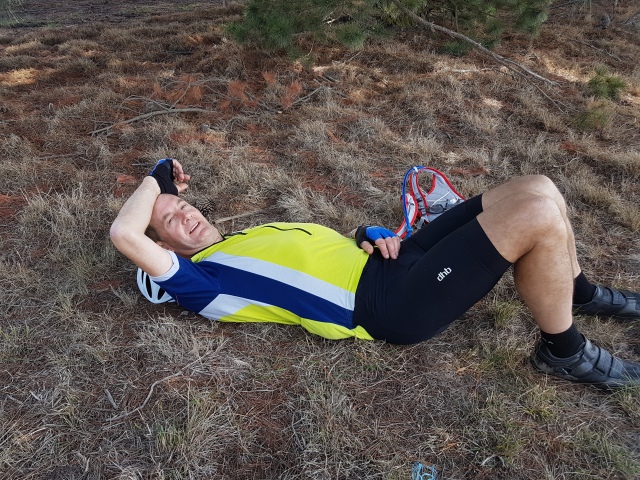 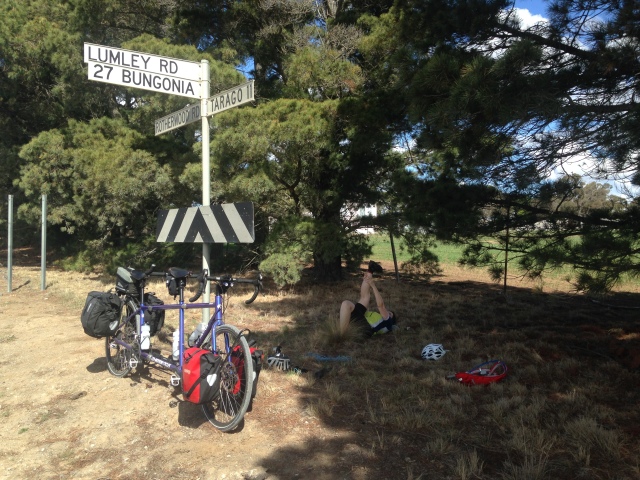 At Tarago. 👍 Bit of an adrenalin boost a few ks out with our first magpie attack of this trip. Bastard came in from the front at first! The worst thing is we have to double back that way a few ks tomorrow morning! 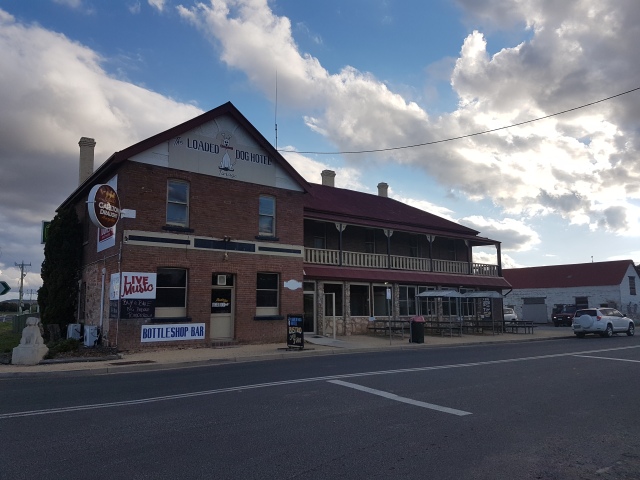