81k, much of it into the teeth of a stiff, cold gusty westerly. Tough going, and a relief to get to the motel.

We said farewell to the guesthouse owners, Nina and Torben (originally from Denmark). We were very well looked after with all the meals, and Nina sent us off with a couple of pears and some biscuits! They do have the place up for sale, hoping to basically retire and travel around Australia.

50m down the road we got a very close up farewell from a magpie. Maybe it heard us telling Nina and Torben about our magpie stick and thought he’d test it out. He scored a hit on Marc’s helmet before I kept him at bay madly waving said stick.

Started with a freezing downhill run through the rainforest… This one photo doesn’t really do it justice. 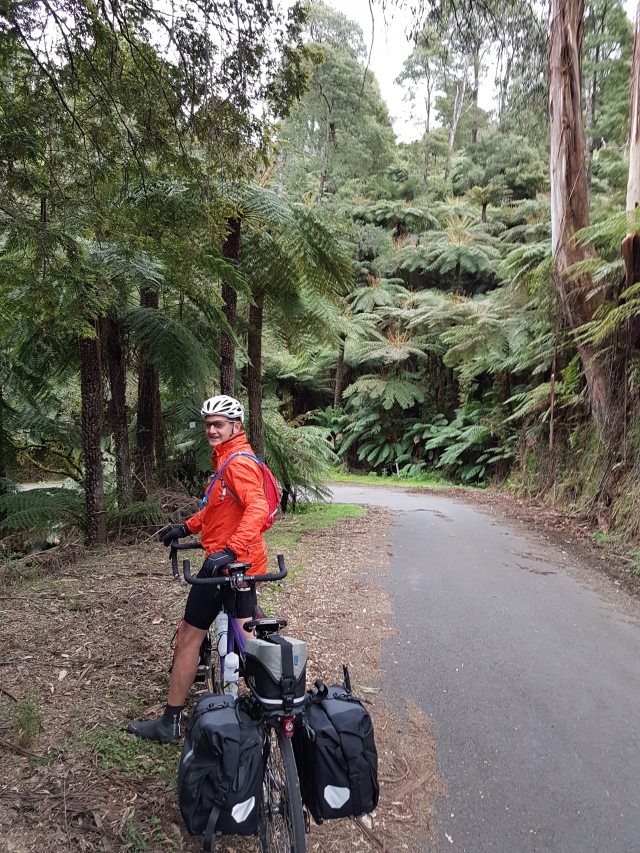 A bakery stop-off in Yarram before doubling back west for the last 50k, knowing full well that it was going to be a hard slog into a howling westerly.

We had a few pockets of reprieve as we made our way along quiet country roads. It’s not often you silently cheer when you come to a hill, but hills meant a bit of shelter.

It was, in the main lush green dairy country, with a lot of hay harvesting and baling going on. These guys must be making a killing with the high demand for feed in the drought areas in other parts of the country. 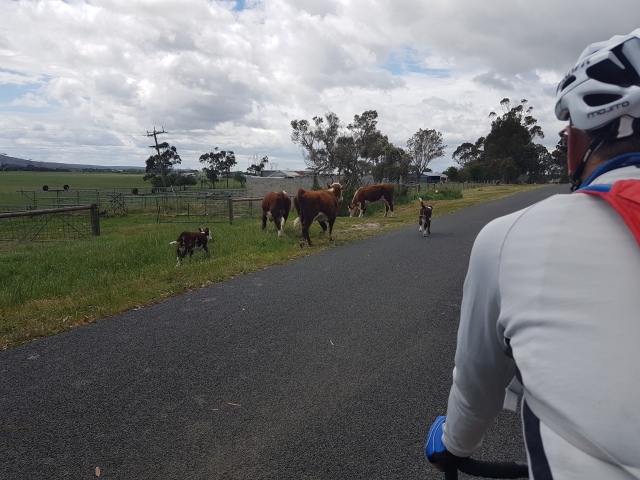 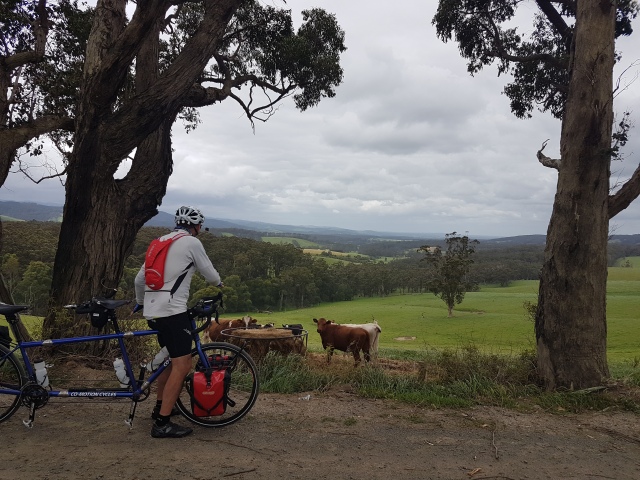 At this point, Toora was only a few ks away, and mercifully that last stretch was running at right angles to the wind. 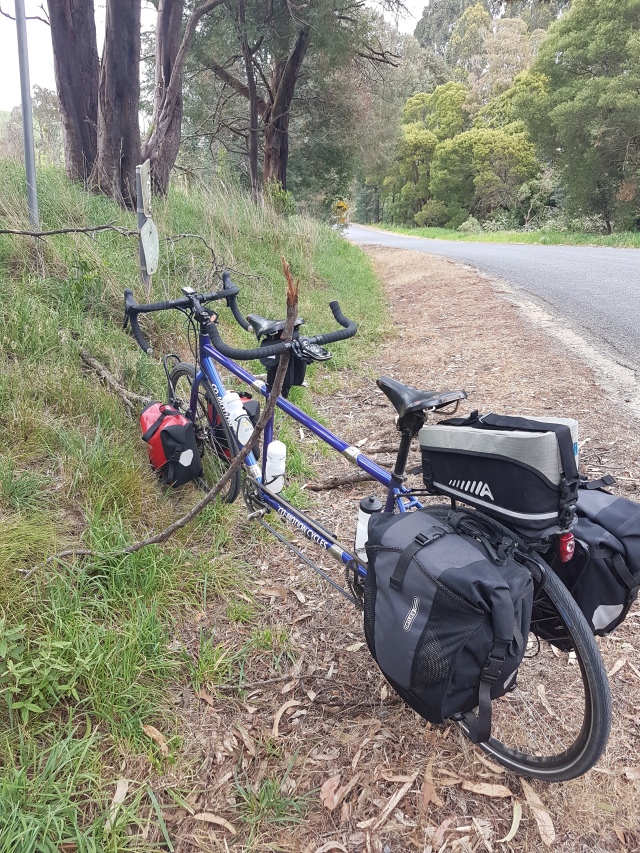 Probably the only good thing about the wind was that it put off several magpies that would have otherwise had a go. Once we’d passed them it was too hard for them to catch up and time their swoop.

We were also ‘joined’ by four dogs who sprinted out the gate, ignoring the calls of the person on the ride on mower way up the yard. Three finally obeyed, but the fourth was up for more of an outing until I pointed back towards the house and said ‘Home’. His face literally fell, he stopped and sadly turned back.

Only three more days of riding!

Tomorrow we head to Tarwin Lower, which is near Venus Bay – the closest place to Phillip Island we could get Sunday night accommodation because there’s some damn motorbike racing 🏁 going on there 🙄 (Just THE Moto GP 😁)

Fortunately, the weather forecast for tomorrow looks a lot better than today.