We’re on the road 👍 After a hectic lead up in the past couple of weeks, we managed to get away – for the drive to Sydney – before 11. 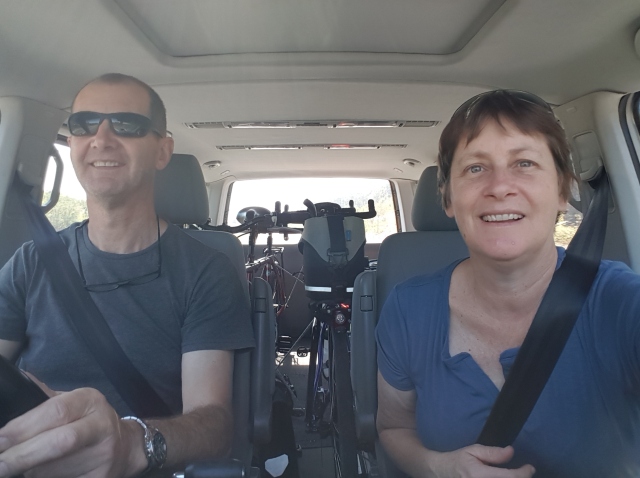 Not riding two tandems. 😛 We’ve sold the red Cannondale to Liz and Dave, who drove up from Wollongong to collect it, along with the van which they are babysitting for the duration.

Tandem cases will be couriered down to meet us in Melbourne.

We had a part 2009 Tassie East Coast Tandem Tour reunion dinner (yum lamb roast!) at Malcolm and Sam’s. Their kids, and Geoff there as well, and I bloody forgot to take a photo of us all!  Dope.

We seem to be starting a tradition of staying with Malcolm and Sam before tours. This time we set out on the tandem instead of a plane, so we got company and a local guide as far as Padstow.

We actually really enjoyed riding out of the city. First, a bit of a trip down memory lane for Marc, given he lived in Earlwood till he was about 15 years old. Running commentary: ‘so&so lived down that street’, and ‘whatshisname lived down there’… And then a quick detour into one street to get a photo outside his grandparent’s old house, and where his mum grew up!

We rode on a heck of a lot of bike paths – quite impressive really (despite the faffing around with major road crossings.) That’s something you wouldn’t have seen 40 years ago.

We even negotiated some boardwalks through Salt Pan Creek reserve.

I do wish I’d taken more photos along the way, but you have to keep moving along.

25k mark at Chipping Norton and a cafe I’d flagged for compulsory coffee stop (let’s call it brunch), and perfectly timed to sit out a passing shower! Thumbs up for the coffee and food at Grinders on Governor, with friendly service 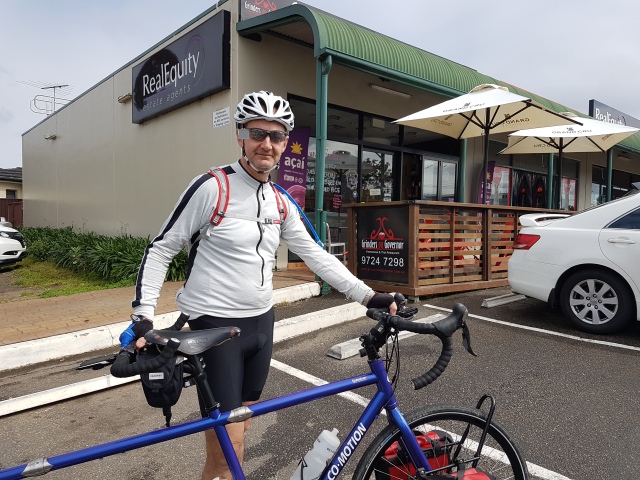 We had a major stand-off with a truck along one of the short service roads that form part of the shared path route along Hoxton Park Rd. This knucklehead came barrelling down towards us, and the dead-end that we had just entered via the bollards and path, and he was driving on the RIGHT-HAND SIDE of the road. When we didn’t move he stopped – and we were having a Mexican standoff until I pulled out my phone to take a photo. Then he pulled alongside and argued with us. Unbelievable.

Camden for lunch, after a bike path between Narellan and Camden led us up over a hill and into a new estate instead of back onto the road. We ummed and ahhed, and then decided why not introduce a bit cyclocross into the mix. Through a field, over a creek on planks and old broken pallets, and then through a skate bowl. Even dropped in (or whatever the cool kids call it), to the sounds of Tracey going ‘noooo, you’re not going d…. woah!’. [Narrator: ‘He did’] More hilariously the two kids standing up on the high side with their scooters didn’t even blink – completely ignored a loaded tandem with two old farts riding through their skate bowl.

You’re never too old to add a few firsts into your life, hey.

Lunch coffee not as good as Grinders – so far that’s winning. 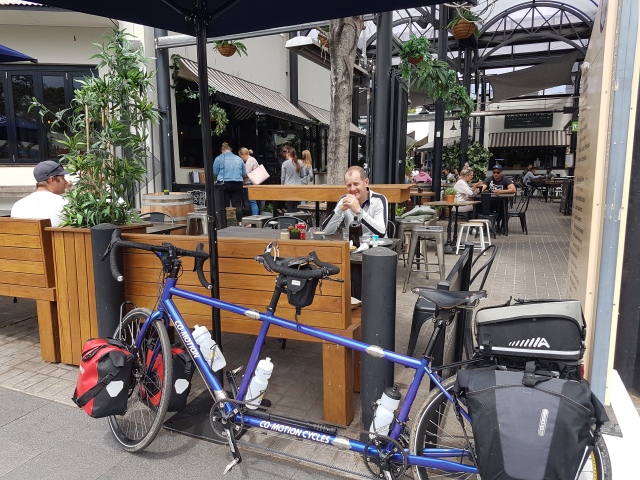 …and then a bit of a climb over an older road over Razorback. 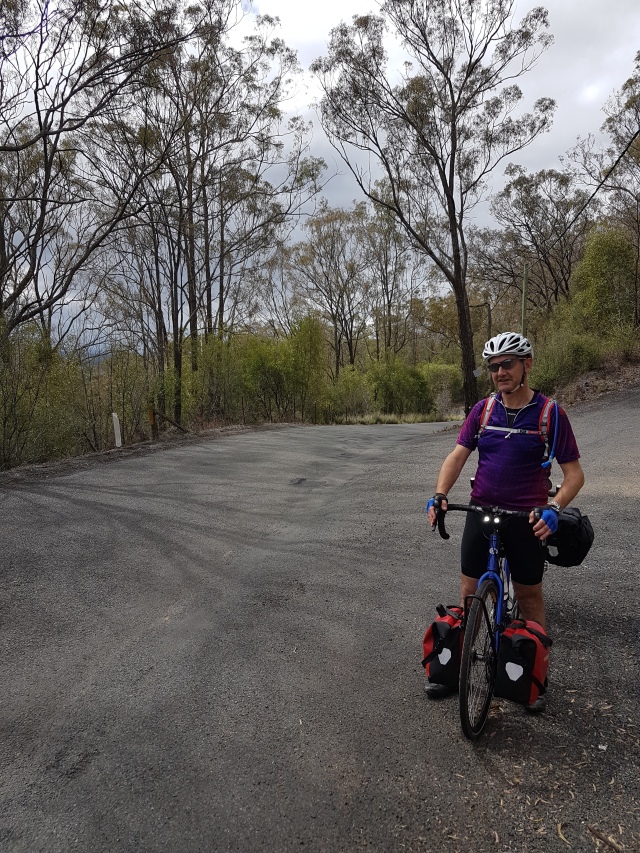 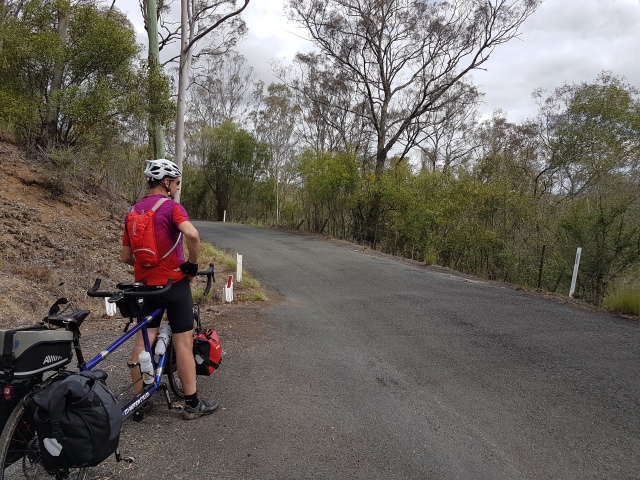 So, one day down, about 16 riding days to go. And we’ve ridden out of the city into the countryside. 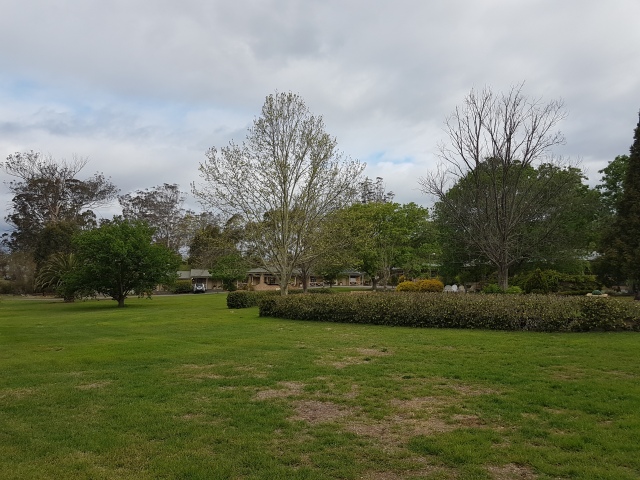 Tomorrow is about 60k to Moss Vale. Since that is in the Southern Highlands we’ve got about 800m of climbing to look forward to. We’re catching up with people over beer and food, so blogging may not get much of a look in.