Urban cycling via established bike routes from Fairfax through San Anselmo, over some hill, then down through Sausalito. Initially, it was a lot of “Follow that rider!” – cycling is pretty popular there.

By the time we got to Sausalito we were mixing it with the bike hire tourists.

We neared the approach to the Golden Gate Bridge and OF COURSE it was foggy. Completes the theme a bit, doesn’t it?

Marc, being a more patient and optimistic soul than me, decided we should wait a while.

Thus we saw a seal, a dolphin, lots of pelicans and other birds. We listened to the fog horns mounted on the bridge (and he looked up the facts about it!).

Although we were sitting in mist-rain half the time, the other half the sun valiantly and gradually poked through and eventually much of the bridge slowly appeared. (And disappeared, and reappeared)

We finally made it up onto the east side path across (involving a steep path up around and under the bridge approaches, and then stairs down under and up to gets back to get back on the east side. (panniers off and on!) So then we joined the mayhem mix of two way (mostly hire bikes) and two-way pedestrians across the bridge. Several lanes of traffic thundering by. A bit of a view back north, could spot Alcatraz, and through the

A relief to get away from the tourist mecca at the other end, and to start on the route I’d concocted to skirt us around the city and south to the motel we’d booked down near Daly City. Why there? Cheaper, and accessible with a tandem (like a city hotel is not).

So we had Co-motion ship our special tandem cases to this motel – one of which we’d stashed our two other wheely bags (little one, with spare clothes and stuff that we didn’t need on the ride but wanted for a couple of days in SF, and the flight home, inside the bigger one, inside the tandem case, baboushka-doll like)

So, of those two cases, shipped together, one has arrived, and the other one hasn’t. You can guess which is the one that hasn’t arrived.

Co-motion have rung UPS and they say the second one is ‘on board for delivery’, although entering the tracking no. on their website tracking thing says ‘delivered’

Hoping like hell the former is correct and it turns up by the morning.

We have three days up our sleeve till we fly out Saturday night.

***And just as I typed that last sentence the phone rang. “Your case is here!” and UPS guy had said “It was hiding in the van” Right.

Anyway, all’s well that ends well, and I am now sitting here in different clothes to what I’ve been wearing off the bike for 3 weeks!

Photo dump and then beer and food. 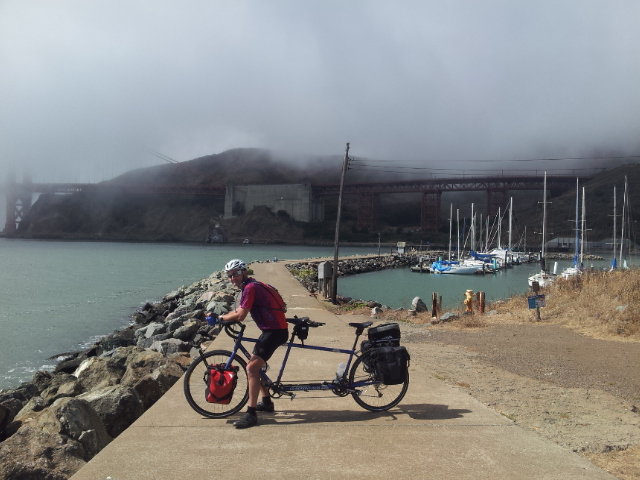 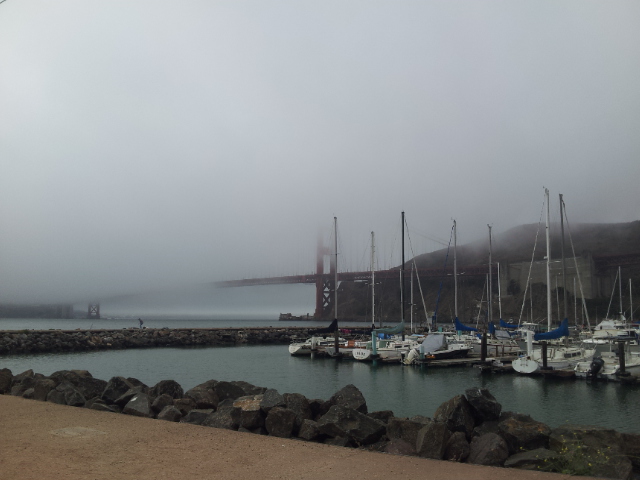 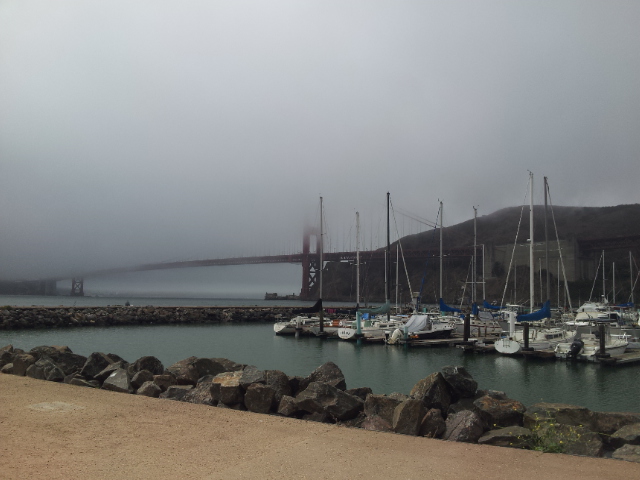 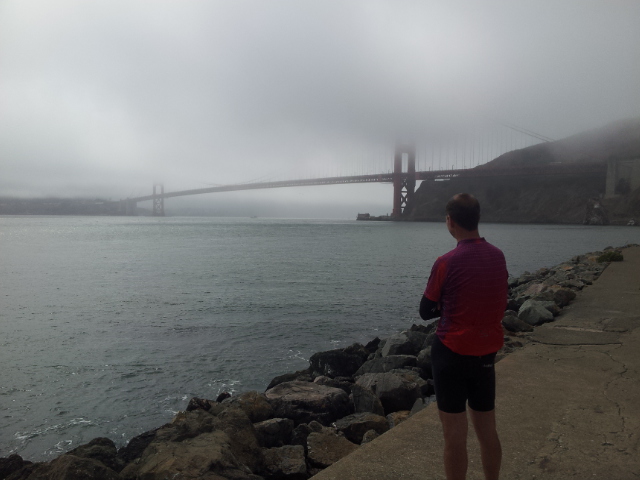 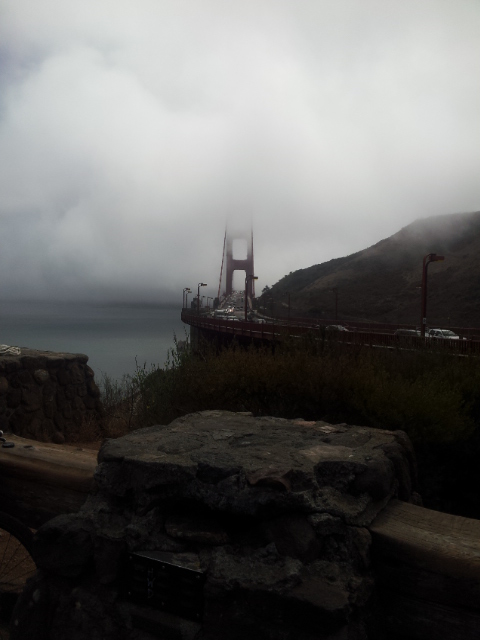 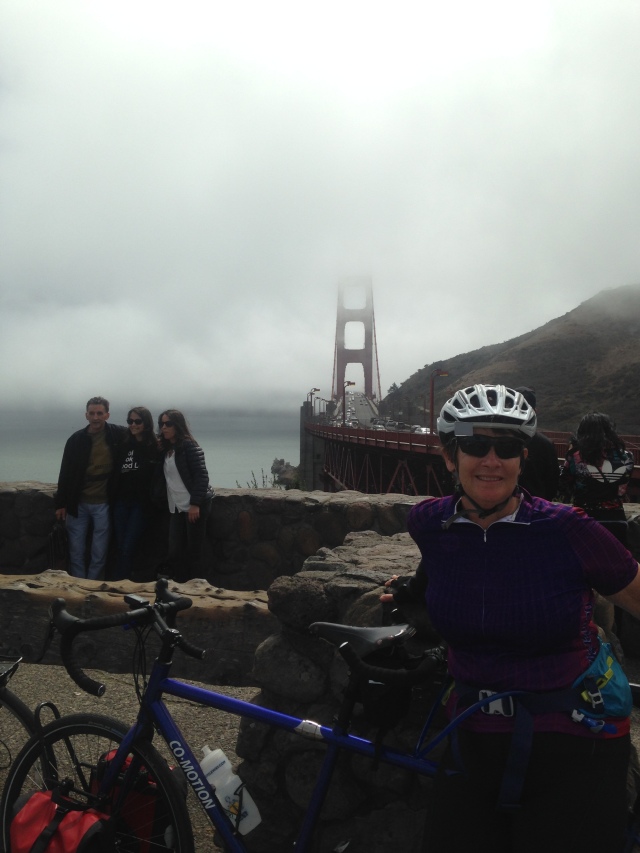 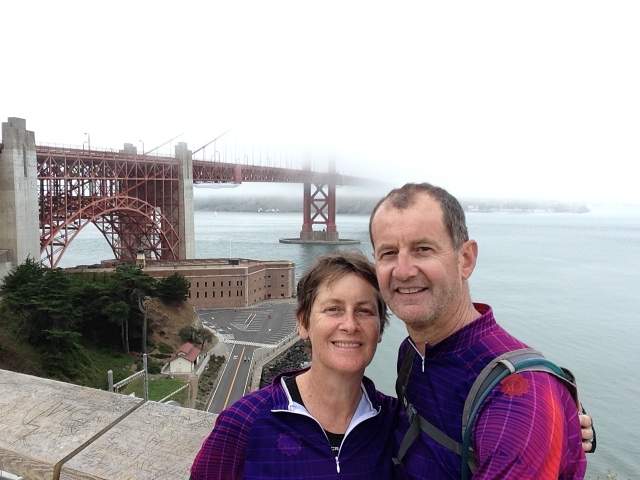 Somehow on the random route that I plotted through the outskirts of San Francisco we find the best sandwiches in the whole city. How good am I?!

They were good too. All that fog-waiting/bridge crossing 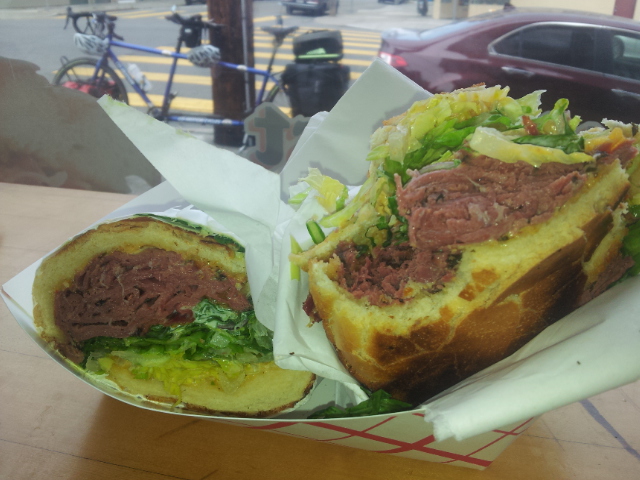 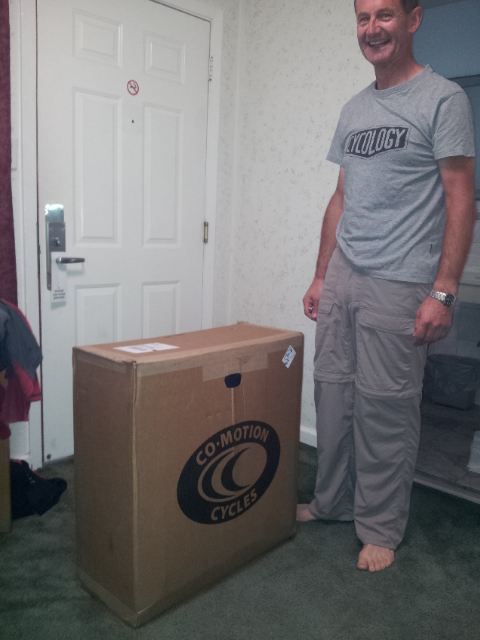