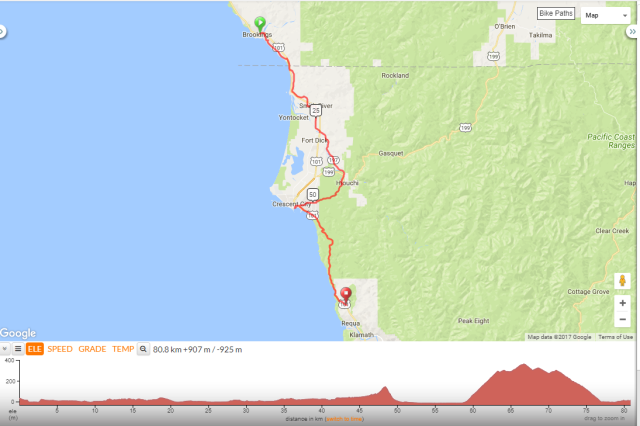 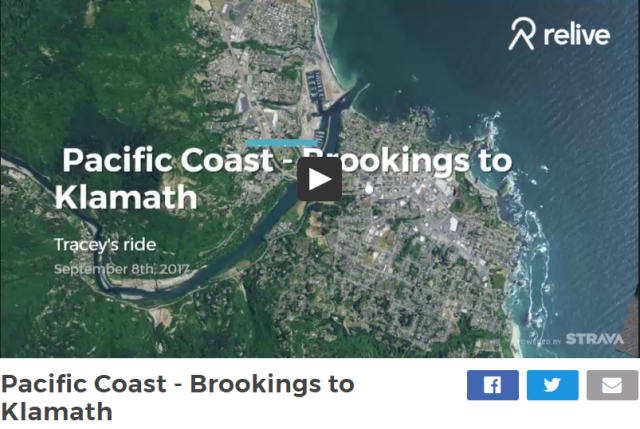 Today we crossed the border into Californ-i-a!

Nottoo far after that we detoured off the ACA route and headed to Jedediah Smith Redwoods and Stout Grove. I’d decided we should follow the route taken by a tandem couple from a blog I’d read.  It included a bit of pushing the bike through a ‘boulder field’  and a river crossing. Thankfully it all worked out!

Stout Grove was awesome, and worth the detour and the pushing bikes and carrying panniers, and the dirt road most of the way down to Crescent City.

Crescent City was foggy and cold! (We’d been checking out the temperatures of the various places we knew we’d be touring through, and Crescent City was consistently coming up with lower temps than the rest of the towns.  Now we know why.  So, we only stopped there for lunch at a Subway (funnily enough, even though I’m not a huge fan at home, we’ve had a couple of their lunches now because we know we’ll get some salady stuff.

Out of Crescent City we had a ‘significant climb’ before reaching (almost) Klamath. We opted for something a bit different – these ‘Woodland Cabins’ with a grocery store/cafe attached. They did dinner, so we thought, ok.  Cabin was clean, even if the bathroom was tiny – the hilarious thing was that the floor sloped.  No mobile reception at all. Wi-fi only in the store/cafe, not at the cabin. So we plonked ourselves down at a table in the ‘cafe’ with phones and laptop, and drank beer. Beer on tap! Even in a little place like that.  Kitchen closed at 6.30, so it was an early dinner, and an early night. (In the morning Marc had to go down to outside the store to get wi-fi to check on the result of the Swans v Essendon elimination final. Good news at least. 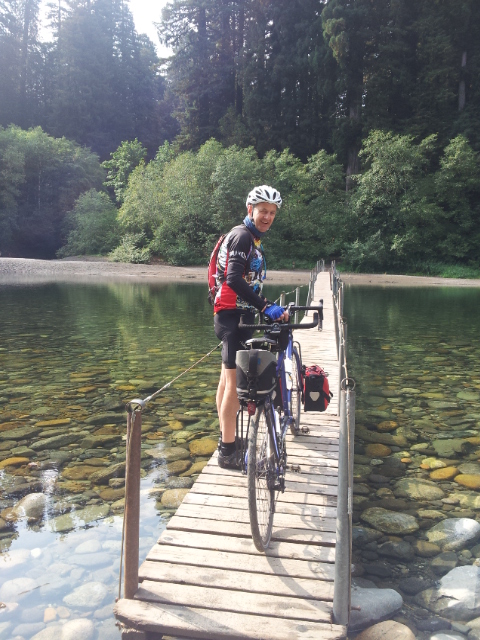 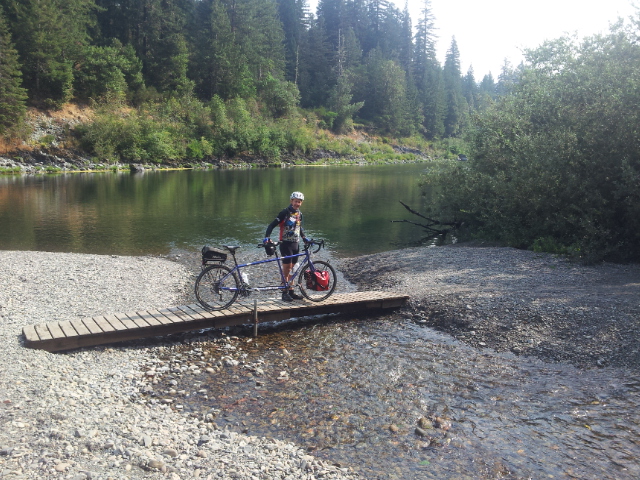 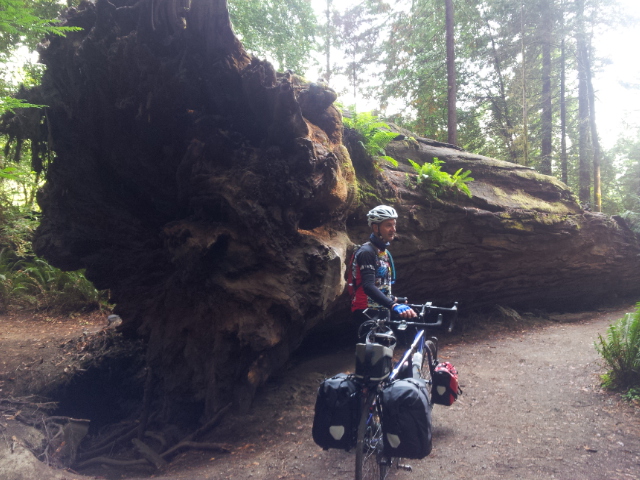 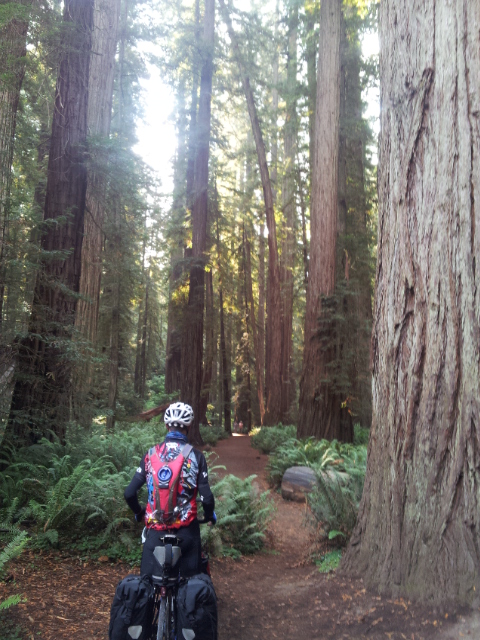 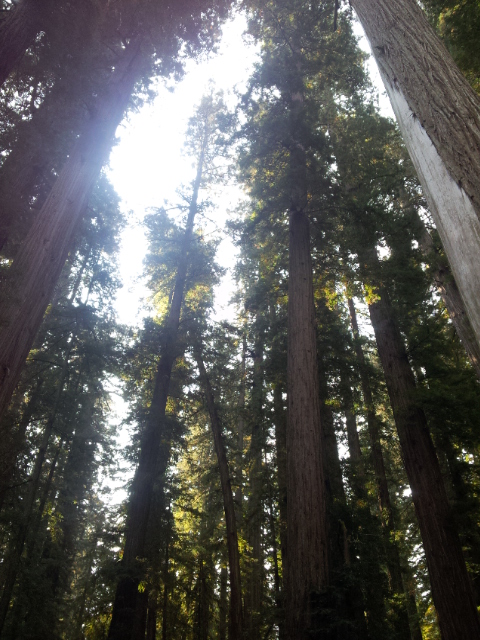 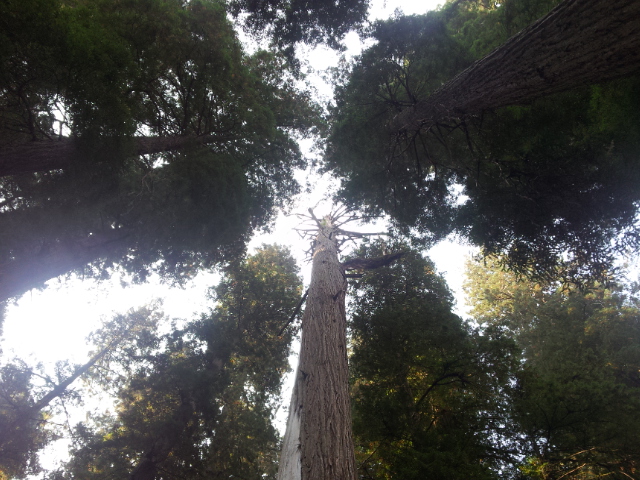 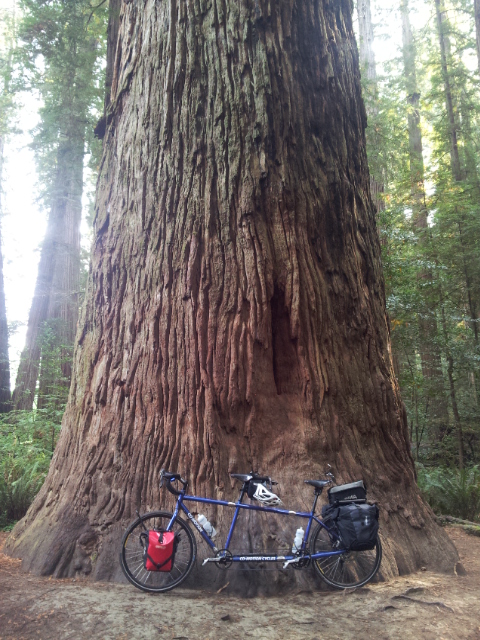 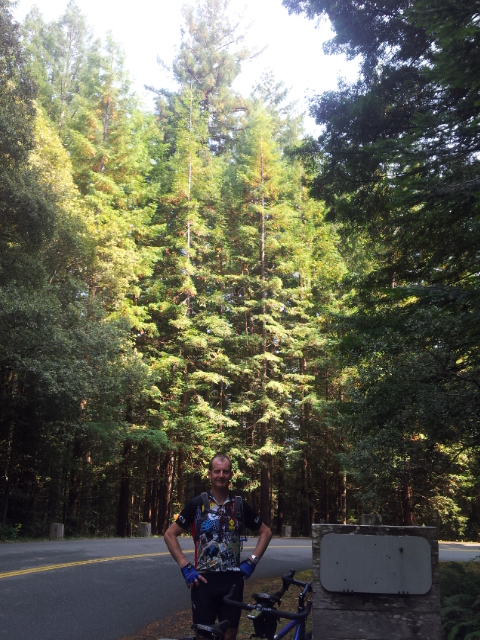 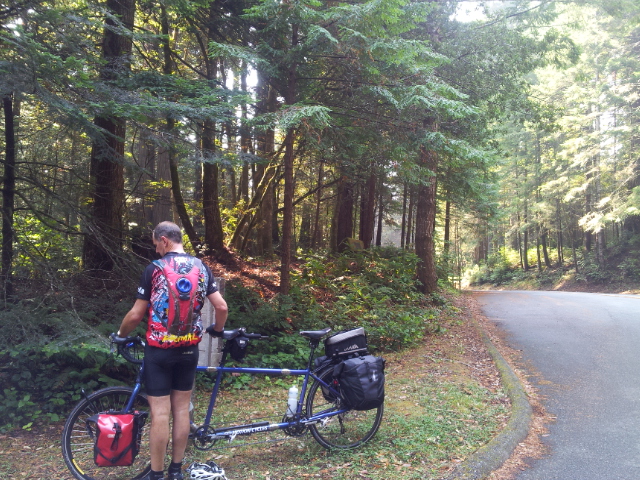