We were planning on riding today (albeit without a lot of enthusiasm on my part) . When I checked the forecast when we woke up, and it said thunderstorms, I asked him if we really wanted to ride in that.

A few checks of different weather sites, and a weather radar, and he decided we probably should err on the side of caution.

Of course the rain didn’t amount to that much here in the morning, so I’ve spent part of the day wondering if we should have ridden, and the other half being relieved to have a break.

We did go back to a “tea room” cafe we went to yesterday (more about that in a minute), but right now we’re holed up in an Irish pub across the river, after a fairly ordinary late lunch at another establishment here on the docks. It started raining again as we left, so we bolted into the pub, and Marc is happily drinking happy hour priced beers, and I’m on my second Baileys.

They have a strange way of ‘pouring’ beers here. From the bottom up. 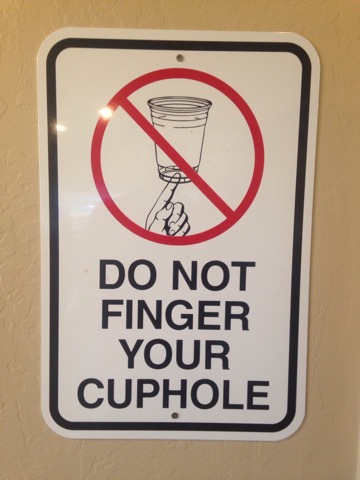 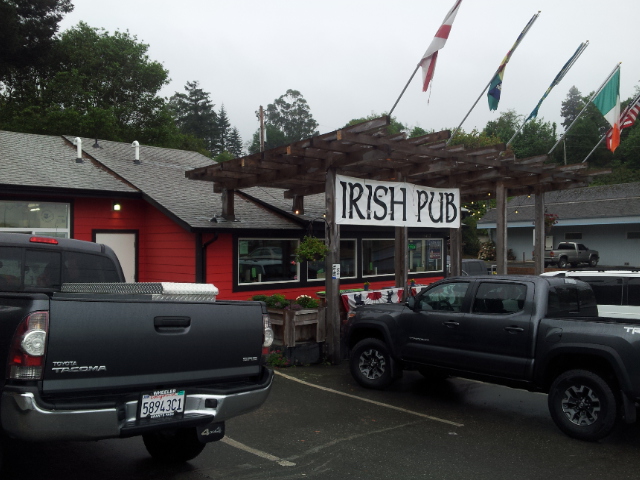 So, back to the tea room story.

Yesterday when we arrived in town I looked up google maps for somewhere to have a late lunch.  I became somewhat excited when I saw Dee-Ann’s Tea Room Cafe. Surely they’ll serve a real cup of tea!  Even more joyous anticipation when we saw the collection of teapots adorning shelves inside, as well as all around the window sills.  I’m a bit homesick, you see. I’ve given up on getting what to me is a decent coffee.  I’d figured you couldn’t go wrong with tea. I’m quite happy with tea bag tea….

Nup. Last one I had in a diner was served as a cup of hot (ie. tepid) water, with a tea bag on the side. (So when you dangle the tea bag into the not-boiling water, it leaves this kind of slick on the surface of the water, and it just doesn’t taste any good.

Elsewhere I’d been served the water in a small glass carafe (called, I’ve sinced learnt, a ‘hottle’) and the tea bag separately.  Still not the same as even a teabag that has had the just boiled water poured on top of it. (Pretty sure there’s something about it releasing the flavour).

So, we nearly missed lunch altogether as they were closing in one minute, but they allowed us to sit down.  Then we find that the teapots were actually just there as decoration.  Some 1500 teapots collected by the previous owner (who ran it as a tea room) were sold with the business. And they just do tea with the water in the hottle.

At this point even Marc is hanging for a proper cup of tea… and he asks them if they could put the tea bag in the glass thingy (hottle), and pour the water on top of it.  And she did. Always happy to humour the weird tourists.

And it was BLISS.

And so we went back there again today for morning tea, and I had two teas.   (Sadly, not out of one of the 1500 teapots they could have used!!!!)

Heaven knows when I’ll get another one.

America.  You really do know how to do pizza crust.  And Australia should be ashamed of our public ‘restrooms’; every one I’ve been to here has been clean as!

And the beer!!  (In Oregon, anyway… ) Did I mention Marc is loving it. And I’ve even found mellow (generally wheat beers) that I enjoy.  (So much for my not drinking alcohol anymore – I’ve had a beer with him every night.)

But, the coffee, and the tea.  What is going on?